Trachyphyllia  or (Trachy) Brain Coral is also referred to as a Folded Brain, or Crater Coral and is a large polyp stony (LPS) coral.

The Trachyphyllia Brain Coral is also referred to as a Folded Brain, or Crater Coral and is a large polyp stony (LPS) coral. It may have a folded, or figure-eight shape. Its genus name, Trachyphyllia, comes from the Greek trachys (rough) plus phyllon (leaf) because it resembles a rough leaf lying on the sandy bed. There are two common species of Trachphyllia: T. geoffroyi and T. radiata. The T. radiata, which is usually more convoluted in appearance and has fused walls, was formerly called Wellsophyllia radiata, but the genus Wellsophyllia has now been eliminated.

T. geoffroyi is easily collected from the reef because it prefers to attach itself to a piece of shell or dead coral, and may be found washed into the shallow waters lying on the sand bed. Trachyphyllia Brain Corals fluoresce brightly under actinic lighting. They do best in a well established reef aquarium that incorporates moderate to strong lighting with a moderate water current, along with the addition of calcium, strontium, and other trace elements to the water. Allow ample space between it and other corals, as it will sometimes sting its neighbors. It does not require additional food to maintain its health in the reef aquarium, but it will feed on micro-plankton or foods designed for filter feeding invertebrates. 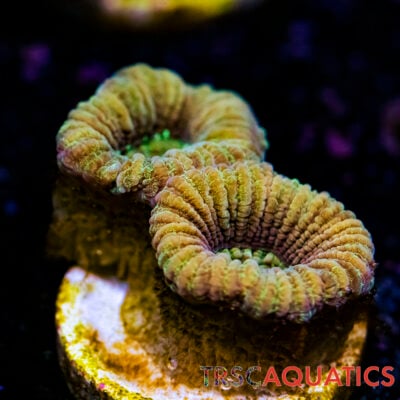 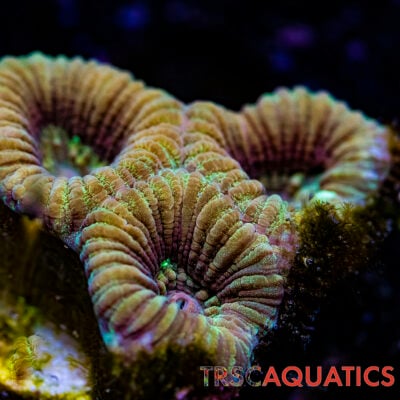 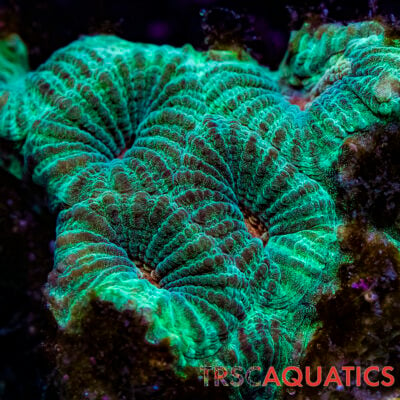 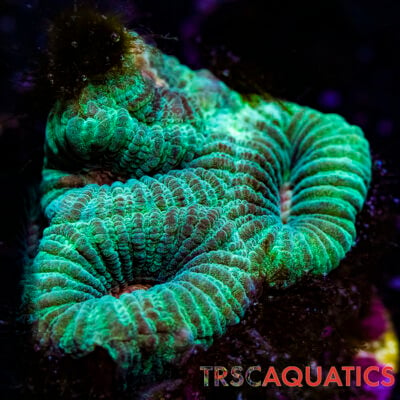 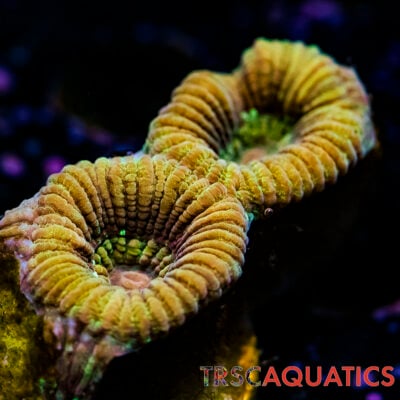 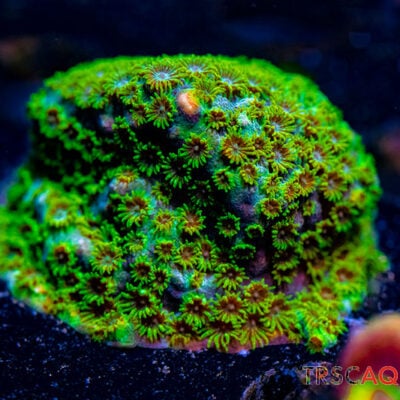 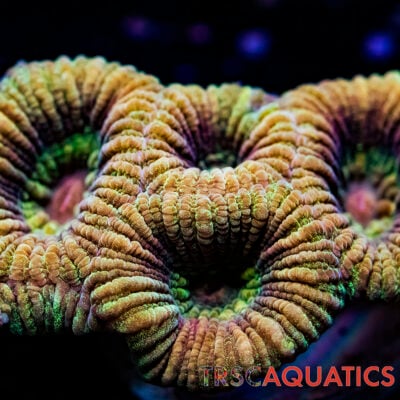