Hammers are large polyp stony (LPS) coral and often referred to as Euphyllia Hammer Coral or Anchor Coral. Its common names are derived from the appearance of its hammer-, or anchor-shaped tentacles.

The identification of the E. fimbriata is determined more so by the shape of the polyp tip than their delicate skeletal structure. Both it and the Anchor Coral come in colors of green and brown, with green or cream tips. This is yet another variation of a beautiful genus of LPS that is moderately easy to keep and a great addition to any display!

The Hammer Coral can be easy to moderate to care for. Like others of its genus, it will be the first to warn you that the water quality in the tank is less than acceptable. Providing it with sufficient lighting, a moderate but turbid water flow, and the availability of passing food will contribute to their success.

The E. fimbriata has been propagated in captivity. These corals are not hermatypic, which means they do not contribute to reef structures. Yet in the wild it takes 2 years for a colony to repopulate, and there is concern about over collecting these corals. In some countries they have been outlawed for collection. Propagating these corals is very important in preserving the wild colonies.

Euphyllia Coral Feeding: The Euphyllia corals, like other large polyp stony (LPS) corals, have developed several feeding strategies. Through a symbiotic relationship with a marine algae, known as zooxanthellae, they receive many of their nutrients. They also capture planktonic organisms, food particles from the water column, and can absorb dissolved organic matter.

In captivity, mysis, krill, brine shrimp and other smaller items can be fed. These corals can eat surprisingly much larger chunks of food as well. Chop up or dice whole fish or shrimp and feed the entire organism to the coral. Since different parts of the animal have varying nutritional qualities, this practice of feeding your Euphyllia in such a way will yield good results. These corals are hungry all the time, so feeding as needed with various foods is helpful.

The Hammer Coral is a large polyp stony (LPS) coral and often referred to as Euphyllia Hammer Coral or Anchor Coral. Its common names are derived from the appearance of its hammer-, or anchor-shaped tentacles. Its polyps are visible throughout the day and night and hide its skeletal base. It may be green, tan, or brown in color, with lime green or yellow tips on the ends of its tentacles that glow under actinic lighting. Some varieties may be branched which makes them look similar to a Torch Coral (E. glabrescens). The hammer coral is an excellent addition to any tank, with it’s great movement and color it will add a nice splash to your Reef!

Euphyllia ancora is a species of hard coral in the family Euphylliidae. It is known by several common names, including anchor coral and hammer coral, or less frequently as sausage coral, ridge coral, or bubble honeycomb coral 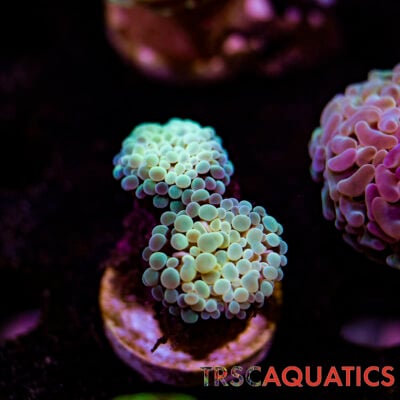 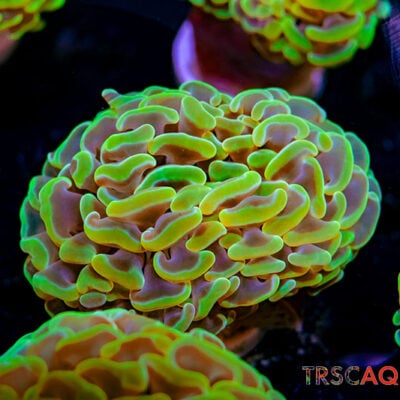 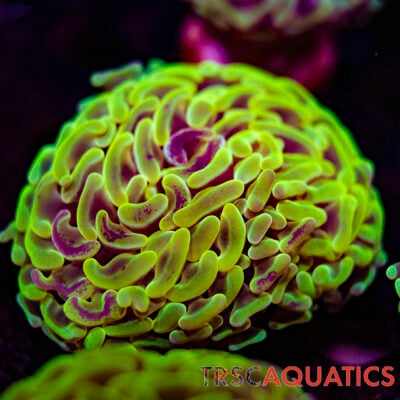 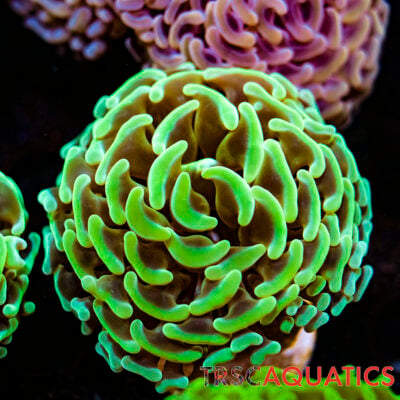 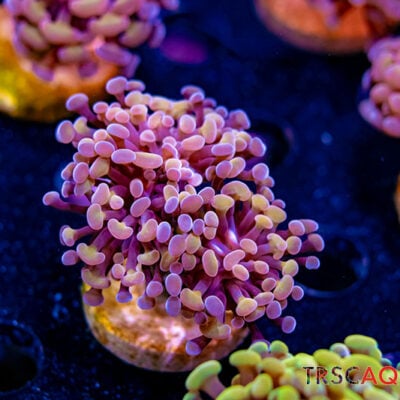 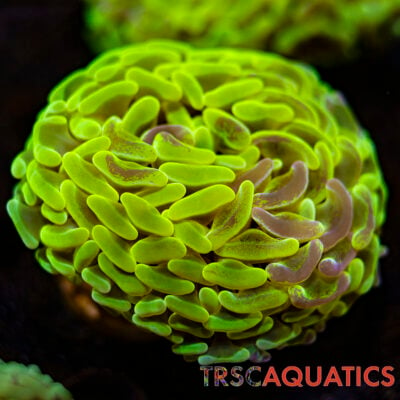 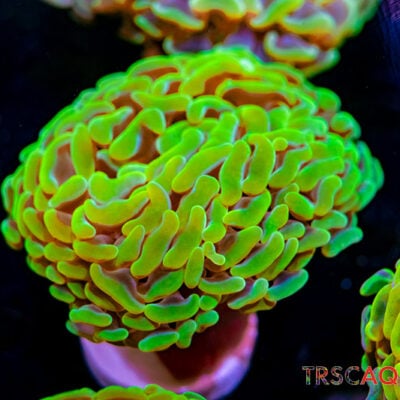